Getting Started on Twitter as a Real Estate Agent 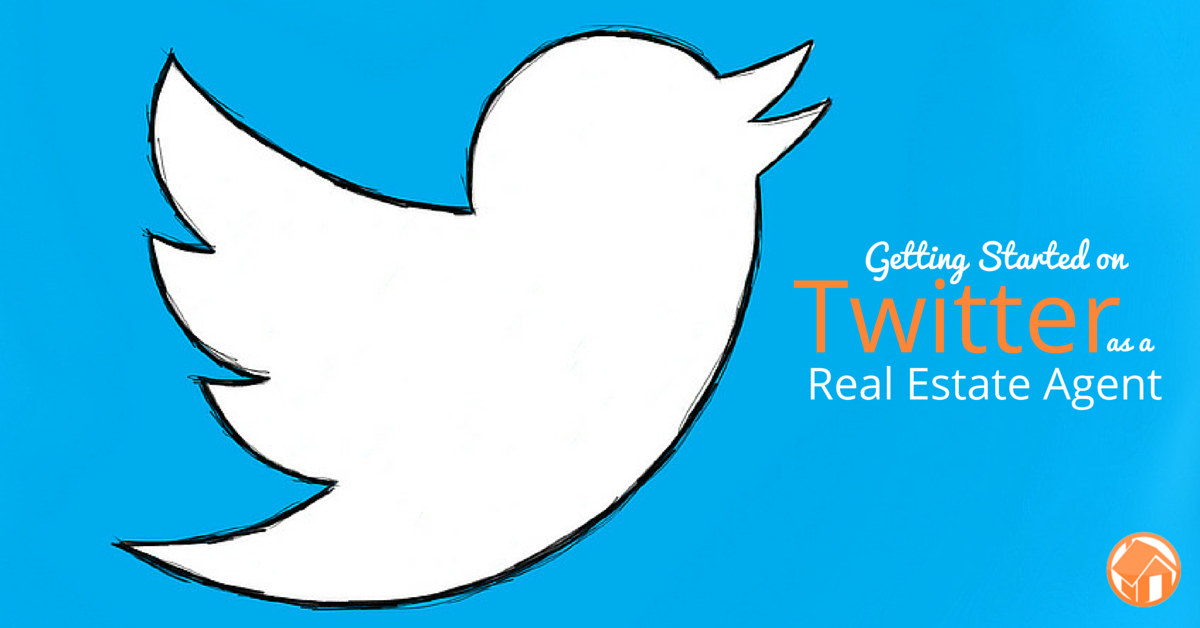 Over the past four weeks we’ve talked about why you need a Facebook, but we are going to change directions a bit this week.

Today we are going to talk about what you need to know to begin effectively using Twitter as a real estate agent.

There are two reasons.

First – Not every one of your clients, or your potential prospects, use the same social media platforms. Some may love Facebook, while some may hate it. It is important to be one more than one platform, that way you ca connect with clients, or potential clients, on the network that they prefer.

Does this mean that you need to be on every social network?

In fact, I would recommend that you NOT be on every social network.

I would recommend that you try to think like your current and potential clients, your target market, and ask yourself which platforms best connect with them.

For many real estate agents being active on one to three social media networks is more than enough.

That doesn’t mean that you can’t have a profile on other networks, but you should only focus your marketing time, energy, and money on the networks that you determine can connect with your potential clients.

I would recommend that every real estate agent has Facebook as part of their marketing plan, which is why I focused on it first. But you also need to be on at least one or two of the other social networks as well.

Lets begin with the basics.

There are only a handful of image sizes you need to be aware of on Twitter.

Currently the only three that you need to know are: profile picture, header photo, and the in-stream photo.

Your profile picture must be a 1:1 ratio, with the recommended size being 400 x 400 pixels. If you want to use a larger image you can, Twitter can scale the image down to fit.

You Twitter header photo is a lot like your Facebook cover photo. It must be a minimum of 1,500 x 500 pixels. If you want to make it larger you can, just be sure to maintain the 3:1 aspect ratio.

Any image that you share on Twitter will show up in your stream, or timeline. These images currently appear as a 2:1 aspect ratio, specifically 440 x 220 pixels on the web version of Twitter. Recent changes are making this image ratio less important as the Twitter app is being to show images in any proportion.

A text post is the most basic, and the original, type of tweet. It can be up to 140 characters long and would contain all text.

Do you have a favorite social media platfrom? Your potential clients may… are you active on it?

Live vs Scheduled posts & how to use each as a real estate agent http://t.co/PxG9sQfuWn pic.twitter.com/M3x3tBA9sL — Real Estate Platform (@theREplatform) August 19, 2015

Twitter has added the ability to post native video. This can only be done from the mobile app currently.

A video post will show up looking a lot like an image post, however the video will autoplay as you pass by it on your timeline.

Starting today, you can pin a Tweet to your profile from iOS and Android. Go ahead, make a statement. ? pic.twitter.com/iK31aIsK6U

How to Us Twitter as a Real Estate Agent

Twitter is very basic. You have a limited number of options of ways to interact on the platform:

As I mentioned before the only limitations are that it is under 140 characters total.

The character count is for all text in the post, including links and hashtags. While hashtags are a great resource on Twitter, using more than two in a tweet can use up too much space. Try to find the most relevant hashtags for your tweet if you are going to sue them.

Since links count in the total character count of your tweet, using a link shortening tool like bit.ly comes in very handy. There are others out there, however I personally use and love bit.ly. Not only does it shorten your links, it also gives you analytics about the links you shorten, which can be extremely useful.

This is the first of two options for connecting directly with another Twitter user.

This is one of the things that really sets Twitter apart from other networks.

On Facebook if I want to connect with someone I am not currently friends with, I must first become friends with them before I am allowed to post on their wall. An exception to this would be pages that allow the public to post.

When you mention someone on Twitter, it only shows up to them, you, and anyone who follows both of you.

When someone mentions you on Twitter, it will show up on their timeline, but not on yours. You will be able to see the mention in the mentions section, which can be found by clicking on the “notifications” tab located on the menu at the top of the page.

Retweeting is Twitters form of sharing. It allows you to share someone else’s tweet to your timeline and followers.

There are currently 2 ways to sharing something someone else has posted.

First – You can retweet it, which will place that tweet on your timeline and show how originally tweeted it.

Second – You can quote a tweet which will put it on your timeline and show the original tweet, but also show the text that you have added as your quote.

Retweeting others can be a great way to connect with them since they are notified that you have shared their content.

Send One of Your Followers a Direct Message

The second option for connecting with another Twitter user is to send them a direct message.

This is the equivalent of an email or a instant message contained within Twitter.

There are a couple of things that make a direct message different than a tweet:

So there you have it.

Those are all the basics that you need to know to begin using Twitter as a real estate agent.

Traditional vs Digital: Which Is the Best Type of Real Estate Marketing?
02/25/2016
Go to Top